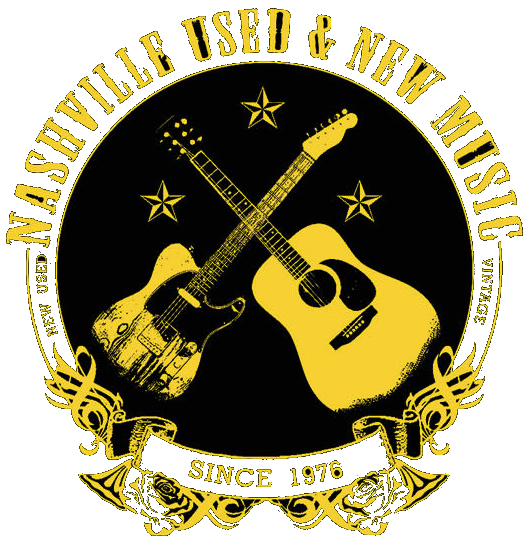 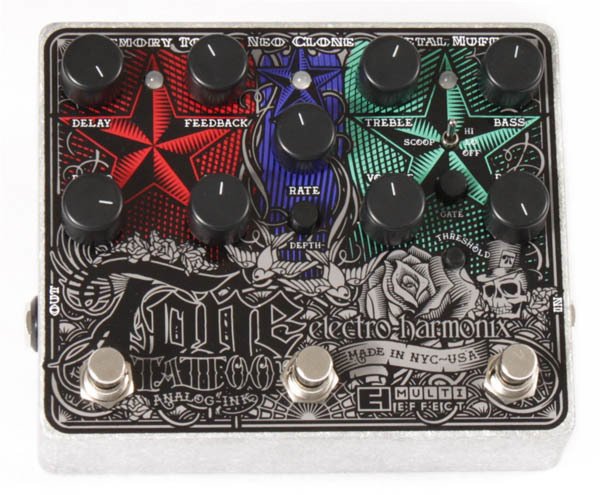 A Triple Threat of Tone

Heavy distortion sends your amp over the edge

The Metal Muff component of the Electro-Harmonix Tone Tattoo gives you huge metal-flavored distortion that will rock any gig. A 2-band EQ lets you dial in perfected distortion tones, while the 3-way Scoop switch lets you dig out the midrange for seriously heavy sounds. Combined, these EQ controls let you create killer distortion tones from bratty to seriously scooped. The Tone Tattoo also has a defeatable noise gate with a Threshold control to tame your high-gain hiss.

Electro-Harmonix packs the classic Neo Clone analog chorus pedal into the compact Tone Tattoo. Go from slow, shallow, subtle chorus sweeps to thick, watery vibes. It's easy, thanks to the Depth switch and the Rate knob. You can instantly tweak the chorus sounds you want - even mid-song. When mixed with the other effects in the Tone Tattoo, you can create larger-than-life tones.

Pump up your solo with huge delay

The Electro-Harmonix Tone Tattoo includes a classic analog delay based off of their popular Memory Toy delay pedal. Stomp onto the Memory Toy section and you have access to up to 550ms of delay time - plenty for thickening up your solos. And a Blend control lets you choose how much delay you want going into your final signal. With all of the effects and functionality built into the Tone Tattoo, it could possibly be considered a desert island pedal.

The triple-threat Electro-Harmonix Tone Tattoo pedal gives you everything you need to sound great at a gig!